Home
/
Resources
/
Letting Go of the Baggage of Early Talent’s Past
This is some text inside of a div block.

Letting Go of the Baggage of Early Talent’s Past 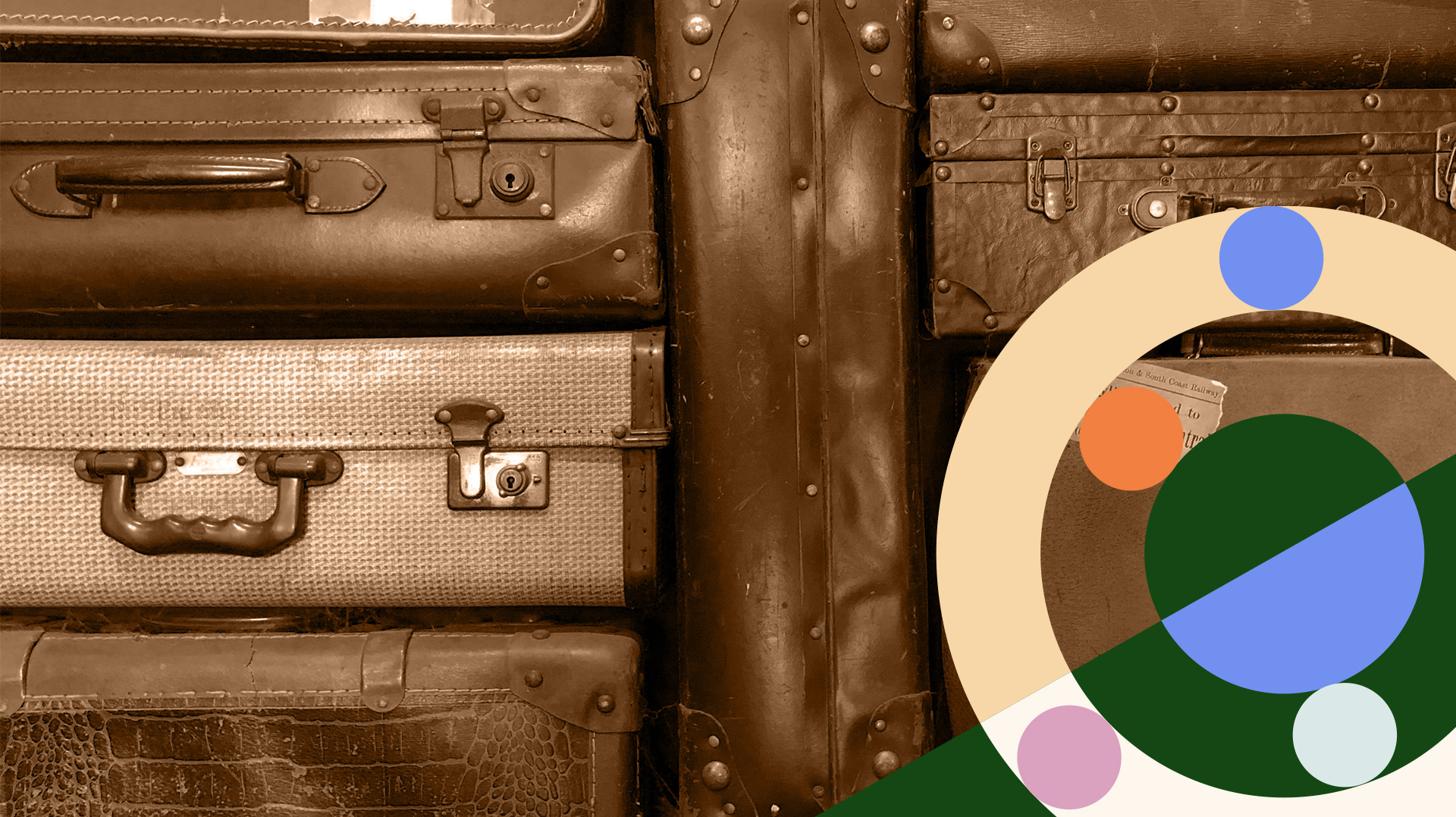 The upheaval over the last 24 months has been a critical turning point for many companies around the world. They have realized that a virtual operating framework could be just as, if not more, effective than previous in-person practices. In respect of the world of early talent recruiting, this upheaval was long overdue.

The unfortunate reality is that accepted practices over the last few decades had evolved for the worse – becoming more complicated, more time consuming and more expensive. But there is a light at the end of the tunnel. With upheaval comes the opportunity to reset and refresh, and to innovate in ways that might have been previously considered impossible or fanciful.

There is too much happening

We must take a moment and appreciate the fundamental role talent leaders play and the challenges they face. Generally speaking, they are the doorway through which early talent views or encounters an organization. They are expected to be personable and engaging representatives of their organization, while driving initiatives to attract the best and most diverse talent.

It is not easy to work in talent. With the day-to-day responsibilities comes the reality of being a cost centre within an organization. This leaves the function traditionally quite stretched – a lean operating model required to oversee a myriad functions impacting the organization’s early talent space.

For example, the roles of a recruiter can include (*deep inhale*):

And we must not forget that all of this occurs as part of a continuous 12-month cycle to identify, hire and retain the best talent. For many global organizations, there are two alternating cycles for Southern and Northern Hemispheres! So it should come as no surprise when recruiters say they are overworked and, in some instances, it’s impacting their mental health.

The world of early talent is an intricate and complicated maze of employers and candidates trying to find their best match, while navigating competition (on both ends) and a range of tools and frameworks that seek to support the journey.

When accounting for the internal and external costs that go towards recruiting talent, such as recruiters’ salaries, travel expenses, and ATS tools, the National Association of Colleges and Employers (NACE) estimates the average cost to be as high as $6,110 per hire. Given the number of hires that occur per year, it comes as no surprise that it becomes a multibillion dollar industry.

This does not take into account the further costs incurred to train employees once they start in the role. While this can vary depending on the industry, role and organization, a 2019 study found that on average it can cost $1,286 per employee (which is a 30% increase from the previous year). Alongside this is the reality that it takes time for new starters to be fully productive in their role. It typically takes 8 months for a newly hired employee to reach full productivity, and this can be even lengthier when onboarding those earlier in their career, such as interns or graduates, who have never done practical work in that industry before.

We are only skimming the surface here, but it is evident that not only are recruiters working tirelessly within a complex operating framework – the framework itself is staggeringly expensive.

Was it really working?

We must now ask ourselves whether it’s all paying off. Are companies benefiting from exceptional talent? Unfortunately, as a significant majority do not report whether their hiring practices lead to good employees, the available data is limited. But we do know that senior executives continue to raise their concerns about the talent coming into their companies. PWC’s 22nd Annual Global CEO Survey found that the availability of key skills increased from fifth position in 2018 to third position in 2019 on a ranking of the top 10 threats to their organization (a comparable threat to terrorism and political uncertainty), and a 2019 survey by Wiley found that 64% of employers believe there is a skills gap in their organization (an increase from 52% in 2018).

Not only is the skills gap becoming a growing concern for organizations (and therefore recruiters), attrition rates are also increasing. With the new generation of millennial workers, the concept of staying in the same workplace to sustain a decades long career is all but gone – only 18% plan to stay in their role for the long term.

Of course, many industries accept a level of attrition as part of their hierarchical structure to partnership, such as law and consulting. The reality is that there are only a certain number of spots within a partnership and companies can form powerful networks through employees ‘jumping ship’ to clients (or future clients). However, industries that were built upon this form of attrition are industries that have been around for many decades and have arguably not adapted to the level of attrition seen today. Their recruiting processes remain fundamentally the same.

I was one of approximately 35 interns at a top-tier law firm and when leaving five years later, fewer than five of those interns were still at the firm. With the exceptional experience I had through the recruitment, onboarding, and training programs, there is no doubt the firm invested significantly in me. And while I have goodwill towards that firm and would be happy to recommend them as a firm and as an employer, surely there was a better way for them to achieve their hiring and retention goals?‍

While we have painted a sad picture of the early talent landscape, there is a way through.

Imagine a world where employers and candidates are brought together in a safe-space and inclusive environment that lets each party review the other in order to determine whether they are the right match. Not quite a dating app, but similar in principle!

What if organizations could do this while also illustrating what they do, how they do it, and what makes them unique, rather than merely describing it on their website and in recruitment brochures? This could save organizations significant marketing costs and recruiters hours, even days, of effort spent repeating themselves trying to articulate why candidates should pick them over their competitors.

What if organizations could showcase what they do, how they do it, and what makes them unique by simply simulating their workplace virtually? They could preskill candidates on their specific workplace through a series of hypothetical tasks before those candidates even enter the application stage. This would not only reduce the significant costs incurred to train new starters, but it would also create a pipeline of employees that know exactly what is expected of them and what skills they need to be a success.

And let’s not forget about employee intent and engagement. We’d be lying to ourselves if we said that we’ve never applied for jobs that we don’t necessarily want just to increase our chances of employment. By showcasing their specific workplace, organizations can benefit from an enhanced pipeline that actually wants to work there. They’ve experienced that workplace and they’ve made an empowered and informed decision to proceed with their application. A recent (and soon to be published) Forage study found that a third of leavers left their job because the work wasn’t what they expected, with many going back to study.

What if organizations could make a lasting and genuine impact on diversity and inclusion by thinking creatively about access? What if that conduit between employers and candidates not only provided that safe space and an engaging environment, but was also one that was entirely open-access and free of charge for anyone, anywhere around the globe? There would be zero barriers to entry, which we know is one of the fundamental factors contributing to the diversity and inclusion problem in the first place.

Finally, what if organizations could do all of this en masse. Reach anyone, anywhere 24 hours a day, 7 days a week, 365 days a year and play a social enterprise role in bridging the skills gap that is pervading industries across the globe. Just imagine the employer brand that could be generated and how much time, effort, and money would be saved by no longer having to attend those 50 or so campus and career events each year.

Fortunately, this isn’t a hypothetical. A single solution exists that solves a myriad issues through a simple framework – virtual job simulations.

Do you want to learn more and see how some of the best and largest organizations around the globe are already benefiting from this new approach to emerging talent? Get in touch today!

Talent teams must be empowered, not hindered, during economic downturns.